Midtown
Subhah Agarwal Live Album Recording
Join New York Comedy Club and Blonde Medicine Records as comedian Subhah Agarwal records her debut album.
Subhah is a headlining comedian who has written for Netflix’s “Arsenio Hall” reboot, the "Plan B" movie on Hulu, and "The Jim Jefferies Show"on Comedy Central, amongst others. She made her late night debut on NBC's "A Little Late With Lilly Singh." She's also appeared on season three of HBO's "Westworld", "General Hospital," TruTv's sketch comedy "Friends of the People", and as herself on MTV2, Comedy Central, and Gotham Comedy Live. 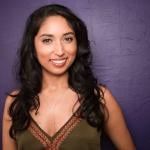